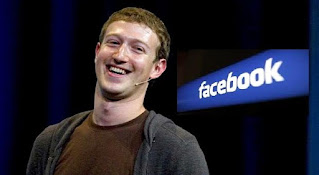 Following the high rate of life-streamed suicide, hate speech, crimes and child abuse being broadcast on the platform live, Facebook CEO, Mark Zuckerberg says he will be recruiting 3000 content monitors as its ‘community operations team’ to help review content.
According to Zuckerberg,  the additional staff, joining the 4,500 existing people on the community operations team, would help the company in responding quickly whenever content are being reported.
Facebook has been criticized recently for not doing enough to prevent videos of such murders and suicides from spreading on its service.
Videos and posts that glorify violence are against Facebook’s terms of service but in most cases, users have to report them to the company for them to be reviewed and possibly removed.
In a Facebook post, he said:
‘Over the last few weeks, we’ve seen people hurting themselves and others on Facebook — either live or in a video posted later. It’s heartbreaking, and I’ve been reflecting on how we can do better for our community.
If we’re going to build a safe community, we need to respond quickly. We’re working to make these videos easier to report so we can take the right action sooner — whether that’s responding quickly when someone needs help or taking a post down.
Over the next year, we’ll be adding 3,000 people to our community operations team around the world — on top of the 4,500, we have today — to review the millions of reports we get every week, and improve the process for doing it quickly.
These reviewers will also help us get better at removing things we don’t allow on Facebook like hate speech and child exploitation. And we’ll keep working with local community groups and law enforcement who are in the best position to help someone if they need it — either because they’re about to harm themselves, or because they’re in danger from someone else.
In addition to investing in more people, we’re also building better tools to keep our community safe. We’re going to make it simpler to report problems to us, faster for our reviewers to determine which posts violate our standards and easier for them to contact law enforcement if someone needs help. As these become available they should help make our community safer.
This is important. Just last week, we got a report that someone on Live was considering suicide. We immediately reached out to law enforcement, and they were able to prevent him from hurting himself. In other cases, we weren’t so fortunate.
No one should be in this situation in the first place, but if they are, then we should build a safe community that gets them the help they need.
Share
Facebook
Twitter
Pinterest
WhatsApp
Linkedin
ReddIt
Tumblr
Telegram
Previous article10 Amazing Tricks you should try on your Android Phone
Next articleHow to Recover Deleted data from Android | EaseUs Mobisaver.
RELATED ARTICLES
Phones