Have you come across a situation where you are receiving a call from an unknown number? When clueless, you answer the call and realize it that it was not for you and wrong one instead. That is something really frustrating when expect to have someone on the other end of the phone call. 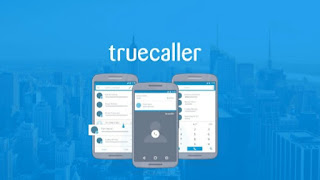 Most of us do come across this situation now and then and end up being frustrated. It is something most annoying when we are having a busy day. Now, there is a solution in this particular aspect, a specific application has been designed for the people to figure out who is calling them.

Truecaller has the option where the users can block the contacts from which they would not like to receive calls. There is another option in the app as well; the user can integrate their social media account into the app, so as to stay updated with the contacts on their phonebook list with images and birthdays.

It is a video chat app, where people can make high definition video calls. This app is available for Android and iOS as well, it was launched in August 2016. Google Duo has been optimized in such a way that it will consume lesser amount of the network bandwidth. Another aspect of this app is that all the calls are by default have and end-end encryption.

The app has the ability to switch from the Wi-Fi network to cellular networks. There is a particular feature of the app for the Android version called as “Knock knock”. The person will be able to get to see the person before answering the call. An analysis showed that just in 2 days since its release, it top the list on Google’s Play.

The update with Truecaller to screen the SMS will help the users to keep unwanted contacts at bay. Statistics show that the messages which the users receive on a regular basis, in general, have 15 percent of spam messages. On the whole, there are around 1.2 trillion spam messages which are being spread throughout the world every year.

This feature true caller is indeed a good one, for the people who might come across emergency and get caught up in distressful situations. The user will be able to send a distress message to the people who are on the contact list of the app. They have the option to compose a predefined message if one is traveling, in a particular place which one should know or have reached home safely.

These two firms have decided to come together to bring the walls down on WhatsApp, in terms of the video calling feature in the app. They want to surpass the behemoth of the message app in this aspect, which has almost around 1.2 billion active users in it. Truecaller is the app which is helping the people to avoid unwanted calls.

Google Added new Features to their Apps and Devices: Check it out

Now, it is that the call blocking app is planning to become as a messaging app as well. On the other hand, we can see that Google is changing its strides to change Google Hangouts the chat platform to Google Duo into a video chat platform. It is said that it has extended its reach to Truecaller to integrate the systems, so as to give the users a better experience.

An ability to use both the platforms

Google Duo and Truecaller are integrating their systems, so this gives the possibility to the users to use both the platforms simultaneously. Tech geeks state that this is going to help them build a strong layer for the communication systems which they have and increase the credibility of Truecaller ID recognition of the app.

It is said that that there are 250 million users around the world for Truecaller. There has been an addition made to the app, which is blocking option for the text messages as well. Apart from that one aspect, there was a recent announcement made that there will be redesigning the Android version of the app in India, the company has recently opened up a base.

Next level of Mobile Communications

The co-founder of Truecaller Nami Zarringhalam stated that they are glad about the fact that they happen to be partnered with the world-renowned organization Google. With this partnership, it is said that the people will be able to experience next level of mobile communications.

It is indeed their next step towards a progressive growth in their business. There are bringing in all the communication at one place and making the best out of it. With this collaboration, it is evident that the users will get to experience a high-level communication with safety and security as well.

All at one place

The integration of the apps will help the users to stick on one app and there will be no requirement for them to switch from one to another. It will be available on the same platform and users will be able to use the features effortlessly.

The lead of Google Duo Amit Fulay stated that the video calling feature of the app will be working no matter in which platform the user is using it. He also stated that they want to make their service to all the users; it needs to be simple, easy and swift enough for them to get connected with their near and dear ones.

Reach out to millions of users

One of the prominent reasons why both the companies have come together is to build a strong user base. It is clear that WhatsApp has nailed it in this aspect, in connecting people across the world. Now, the feature of video calling made available for the users to use has added another feather to its hat.

It is evident that Google and Truecaller together want to surpass the mark which WhatsApp has set. They want to give the toughest competition which the latter has ever come across. On the other hand, we can see that there are many new features being added to WhatsApp and a few more being tested on the beta versions of the app

A beginning for the Face-Off

Google Duo helps people to make high definition video calls in a seamless manner without any kind of hindrances on the way. A single push on the button of the app and the user will be connected. WhatsApp has already made a history with its service and we can see a history in the making to overcome and beat the giant in the market. Fingers crossed.

5 Ways to Fix Slow Charging on your Smartphone