PES 2019: Finally! The producers of Pro Evolution Soccer have revealed when Celtic Park and Ibrox will become available as playable venues in the popular console game.[the_ad id=”869″]

They have also released several images showing off just how stunning their crystal-clear graphics are. 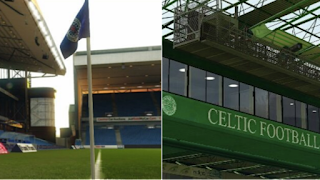 During the summer, it was revealed that Japanese game makers Konami had teamed-up with both Celtic and rivals Rangers as premium partners.

The SPFL will be fully licensed – meaning every Scottish Premiership club would be included in the new game.

The new PES 2019 edition was released on August 30 but didn’t initially include either Glasgow stadium, with venues, kits and certain graphics often held back for downloadable updates at a later date.

Now, it seems fans won’t have to wait much longer, with both grounds becoming available to download in February.

And by the looks of things they’ll be worth the wait!

As you can see from the images above, the graphics are so stunningly crisp and precise that it’s hard to distinguish what’s real and what’s a creation. 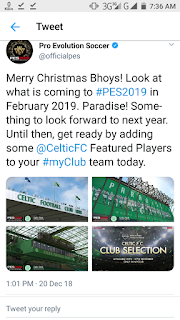 Are you looking forward to playing in the virtual stadiums, and should rivals games like FIFA 19 follow suit and take more notice of Scottish football?

Let us know in the comments.

How to Get 1GB from The MTN Mobile App

How to Expand the RAM of your Smartphone