Google Added new Features to their Apps and Devices: Check it out 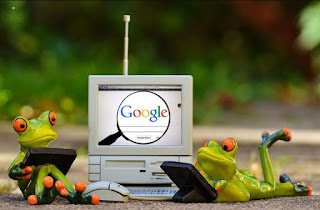 Android Police reported that Google is rolling out the Personal Overview page for the Assistant app that was announced during last May’s I/O conference. The new page shows your name, location, the weather, reminders, and events from your calendar. You also have the option to track things like reservations, stock tickers and purchases. At I/O, Google announced that information from task apps like ToDoist and Keep will also appear on the overview page.

2.    You can now Optimize your data usage at ease

Datally is Google’s Android app for monitoring and controlling data usage. Making effective use of it involves giving Google a lot of information about how you use your smartphone, but if you have trouble staying within your data limit, Datally can help. Here are several additions to Datally that began rolling out this week

As much as 20% of mobile data is used in the background by apps that haven’t been opened in a month or more. Datally identifies these apps and lets you uninstall them with a tap.
Datally now includes a Wi-Fi map that let’s you find open networks. Networks can be tagged with a rating that tells you which ones to use or avoid when you’re back in the area.
You can set a daily data limit and Datally will warn you when you you’re getting close to going over. You can block data use for the rest of the day or ignore the warning as you wish.
Guest Mode allows you to set a data limit before you let someone use your phone. Stop data hogs in their tracks.
Credit: Google
Continued Conversation arrives for Google Home devices in the US.

3.   You can now have long conversation with Google Assistant bot

Google calls it Continued Conversation. It’s a small change that’s a huge improvement in ease of use for the company’s Home devices. With Continued Conversation you don’t have to repeat the wake-up phrase before every subsequent command or query once you’ve begun an interaction with the Assistant in Home.
I made a post on this new feature of Google few days ago.
See full post here:You can now have long conversation with Google Assistant Bot

The recent news coverage given to sleazy and unethical use of user data has renewed interest in data privacy and security. Google is addressing these issues by improving the ways users can find, understand and control the data in their Google account.

Finding the information you want has been facilitated with an improved search function for finding settings. There’s also a new support section that can help you find what you need if you don’t know the tech jargon for what you want to do. The interface for reviewing privacy options has been clarified, and user control over the data that Google saves has been enhanced. Prominent suggestions for ways to increase your security have also been added.

Google has had a notoriously difficult time creating a messaging app. They keep trying, though. Here are five new features for Google’s Messenger.

Messages now supports Smart Reply for text and emoji. Tap the suggested response and it’s sent.
Messages for web lets you send and receive texts from a computer. It works with text, emoji, images and stickers.
If you get a link in a text, a preview of the webpage will appear in the message.
Tapping the + button to the left of the compose bar adds a GIF search to the emoji, photo and sticker options that were already available.
One-time passwords or codes from secure websites can be copied with a tap.

Game developer Ludia has given it a go with Jurassic World Alive which is part of Universal Pictures cross-marketing campaign for Jurassic World: Fallen Kingdom.
Read Also:
Jurassic World Alive is a Pokémon Go variant that has you capturing roaming dinosaurs with a user-controlled drone. DNA from the captured dinosaurs can be used to breed hybrids. Your stable of captured dinosaurs and hybrids can be entered in team PvP battles. The dinosaur sprites look terrific in-game and even better when viewed in your surrounding environment using Google’s ARCore AR platform.

Game currency and resources can be found in supply drops in-game but my initial impression is Jurassic World Alive looks like a pay-to-win money sink if you want to get serious about the game. It’s not what I was hoping for when I imagined what creative developers could do with Unity and Google Maps several months ago, but it can be fun to play and those sprites really do look good.

What do you have to say about this Google new features? .

What Channel is Bally Sports Channel on Dish? [Updated 2022]