Snapdragon 1000: The design of this awesome chip goes head to head with Intel’s Y and U series Core-branded processors. 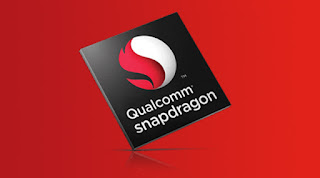 Some details of the SDM1000, named Snapdragon 1000, a new Qualcomm chip built for Windows 10 laptops, have started to leak.

Microsoft’s development of Windows 10 for ARM has seen the company partner with chip company Qualcomm. The first Windows 10 on ARM machines use the Snapdragon 835 processor, with designs based on the Snapdragon 850 (a higher clocked Snapdragon 845 intended for laptops) expected later this year. Snapdragon 1000 will be the follow-up to the 850.

The Snapdragon 1000 is believed to be an even more powerful laptop chip intended to go head to head with Intel’s Y- and U-series Core processors. These have a 4.5W and 15W power envelope, respectively, and are used in a wide range of tablets and Ultrabook-type laptops. The Snapdragon 1000 is also believed to have a 6.5W power draw for the CPU itself, with a total power draw of 12W for the entire SoC. The Snapdragon 1000 test platform has 16GB of LPDDR4X RAM and two 128GB UFS flash drives. It also has 802.11ad gigabit Wi-Fi, gigabit LTE, and a new power management controller.

The package is also large (20×15mm, compared to 12×12mm for Snapdragon 850) and, oddly for a laptop chip, the test systems have a socketed processor rather than a soldered one. Socketed processors are standard in desktops and servers, but today’s mobile devices use chips that are soldered in place because it reduces the height of the chip, and upgrading such systems is rarely considered necessary.

Internally, the chip is expected to use ARM’s Cortex-A76 architecture and be built using TSMC’s 7nm manufacturing process. ARM expects the performance of A76 to be around that of a U-series Intel Skylake processor from 2017. At 12W, it will be offering that performance at lower power, and while the package is big for an ARM chip, it’s still much smaller than Intel’s 45×24mm chips.

What Channel is the Auburn Game on DirecTV? [Today]

Microsoft launches Windows 10S; how is it different from Windows 10 operating system

How to choose the best VPN for Windows 10?

This Extension Violates the Chrome Web Store Policy | How To Fix?